MAGIC’s Game Development course work teaches participants the concepts of game development and how to build a fully functioning game using Unity and C#. This coursework is for students interested in coding and game development. These multi-week courses produce a playable video game.

Register For The Online Course Here!

A practical introduction to game development and design using industry standard Unity and C#. Participants will work to outline, design, implement and test a 2D Sidescroller game. This course kickstarts the students skill base to further their understanding of the design and build lifecycle. Students will gain an introduction to:

This course will build on the skills learned in the Intro to Game Development class. However,
students with a basic understanding of Unity and C# are welcome to join.
Students will gain further understanding of an introduction to:

The requirements for the Game Development class is as follows:

Computer Processor: Intel i3 4 core for both PCs and Macs or better
Graphics: Intel UHD graphics or the equivalent or better
Ram: 4.00 GB or better

Disc Space Requirements: Must have at least 40 GB of disk space available

The workshops are virtual and require a reliable high speed internet connection. 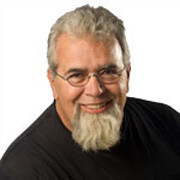 Mick Mancuso has been in the game industry since 1988. During his career, he worked on games as a programmer, designer, level designer, writer, voice actor, producer and teacher. In addition to Entertainment games, he’s worked with military and financial institutions to create training games for the US Infantry, the Singapore Armed Forces and the FDIC.

Lately, he has been teaching up-and-coming developers in level design, design scripting a production. He taught at The Guildhall of Southern Methodist University and was the Program Chair for Game Development at SAE Expression College in Emeryville, CA.

Take a look at some of our previous class projects.