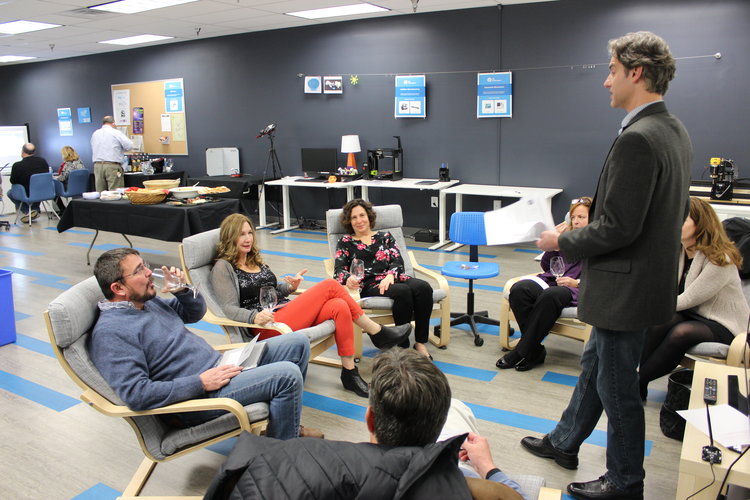 A local lawyer, a self-professed non-techie, was visiting a local non-profit in Westminster for a meeting recently.  He was escorted to the conference room by a young manager at the organization, and as they exchanged pleasantries, both realized that they had a connection.

“We’ve met, haven’t we?” asked the lawyer.  The young manager responded, “Were you at Hack & Sip?”

Indeed, both had been at the MAGIC Hack & Sip event a few weeks before, sipping wine and learning about cybersecurity in the Ting Makerspace in downtown Westminster.  Hack & Sip was the first of many MAGIC events aimed at gradually building the technology entrepreneur ecosystem by exposing wider and wider circles of community leaders, opinion makers, and people interested in transforming the local economy to the economic development potential of broadband infrastructure and  the importance of tech innovation for job growth.

A thriving tech entrepreneurial ecosystem is fundamentally a social network, and social networks require connections between people, even those who aren’t directly involved in technology.  The wider the connections, the greater the probability of successful collaborations and the serendipity of innovation meeting problem, combined with market demand, leading to economic growth.